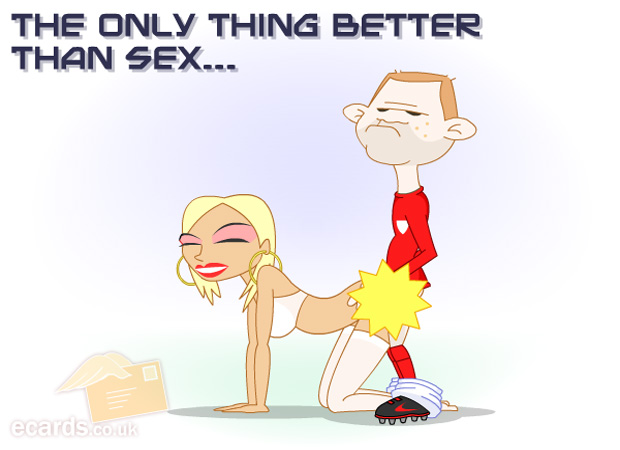 This sporting e-card starts off with a character who I think looks a bit like Wayne Rooney. His head is popping up and down and text appears saying "The only thing better than sex". The user can not see the rest of his body and they are not sure what he is actually doing. The camera zooms out and he is standing there playing keepy uppy. He then heads the ball into the goal and scores and text appears saying "Is scoring a goal". Come on England appears. This e-card was specifically built for the world cup.

This card has a small animation of a lonely drunk guy with a beer on his birthday,…